Dr. Clinton’s psychiatric training was at Harvard University’s Massachusetts General Hospital and McLean Hospital. While there, he spent his final year focused on mood disorders and psychodynamic psychotherapy. He was chief resident of McLean Hospital in 2009. Dr. Clinton’s medical training was at Columbia University’s College Of Physicians and Surgeons. Dr. Clinton also earned a Ph.D. in Neurobiology and Behavior, studying brain development at Columbia University.

Q: What attracted you to Ellenhorn New York?

A: I met a client discharged from Ellenhorn New York, who was referred to my private practice. I was very impressed by how far this person had come. Given the severe symptoms of her illness, she could have been very limited, very impaired. But with the support Ellenhorn gave her, she got through college, built a functioning life, was in a good relationship, and was working. I was struck by the program’s holistic approach to treatment.

Q: Why do you believe in a community integration approach to treatment for people diagnosed with complex psychiatric issues?

A: That belief began to evolve as I treated patients in an inpatient setting and experienced limitations working with people who were stuck going in and out of the hospital without making a lot of improvement, often without comprehensive outpatient support. They seemed isolated; their families didn’t know what they needed or how to implement it.

When I switched to outpatient practice, I saw a lot of psychotic illness, mood and anxiety disorders, substance use, and young adults referred to as having had a ‘failure to launch.” Again I felt stranded as a psychiatric provider trying to help these patients build lives. It was very hard to build a structure from nothing. They needed a great deal of coordinated support, but it was hard to put it together. Some were in outpatient day programs but they weren’t being integrated into the community. No one saw them outside the frame of being a patient in a clinic. In their lives at home, these patients became so isolated. Without home visits, no medication or doctors could reach them at home or get them out in the world.

Now at Ellenhorn New York, I see staff helping a client too paranoid to exit their house begin to get into the community, or school, or at least thinking about these things. It’s the difference between a person having no life and having a life. The Ellenhorn team can also assist patients with complex medical needs outside a hospital in a way that is rewarding and safe.

Q: What is the role of a psychiatrist at Ellenhorn New York?

A: My major responsibility is to listen to the team. They’re pulling in so much information about a client’s life that I don’t have access to. I integrate that input into their care. The team meets every day; there is abundant communication about each client at meetings and outside meetings. I feel I have a very real sense of what’s going on with each client in real time.  This assists me in selecting medication interventions and building rapport with patients in order to collaborate fully with the patients and their families.

The psychiatrist consults with the team on the safety of the patient, and sometimes makes the final decision on whether the patient can remain out of the hospital.

Q: What is the role of hope – and fear of hope – in your clients’ lives, and how does Ellenhorn New York foster clients’ sense of hope in their own future?

A: What happens to many patients and families who start off feeling hopeful is the developing feeling that hope may be unrealistic. They stop hoping because it’s painful — the risk of disappointment is too great. Mental illness is a thief of hope. As a result, people can become paralyzed.

To counter this, the team at Ellenhorn New York helps clients and families develop hope that’s realistic and achievable in a way that’s fluid, adjustable. We create successes no matter how small. There’s a lot of realistic goal-setting, and plenty of praise for goals achieved. Hope has to be kept alive.

Q: What can you say about outcomes at Ellenhorn New York?

A: The complexity of the cases taken on by Ellenhorn New York is unlike that in most outpatient care settings. I’m extremely impressed with the progress clients make. I see clients who wouldn’t traditionally have much going on in their lives go on to make meaningful progress and build a rewarding day-to-day life.  In the process, family relationships are often healed.  We see success in a challenging space.

During my time in various treatment settings, from inpatient settings to day treatment programs to close individual medication management with psychotherapy, I learned that there are patients who do not improve with more treatment as usual.  Even if patients were ‘stable,’ standard treatment settings did not lead to growth for the patient and their family.  And it wasn’t a matter of the teams or doctors, or of patients needing to try harder.  The problem was that these patients and families needed a different tool.  I was attracted to Ellenhorn because Ellenhorn’s approach is that different tool that breaks new ground, and allows for meaningful growth and recovery.

Assumptions, Certainty and Fear: How non-Mentalizing can contribute to social injustices 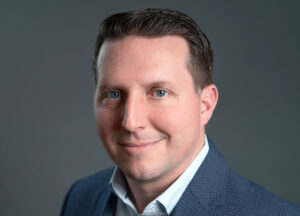 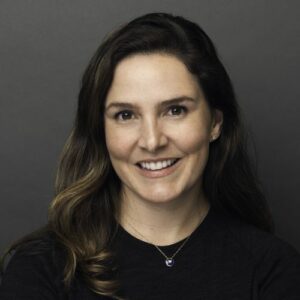 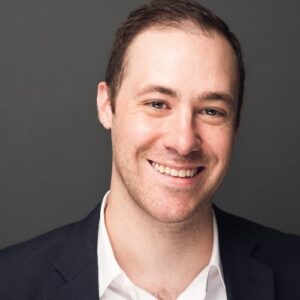