For around five years I have been facilitating discussion groups for individuals who are seeking to know more about spirituality. I like to think of us as “spiritual seekers” or “meaning makers.” This kind of seeking has been an interest and a part of my own journey since I was a child, growing up both church- and religion-free and curious about everything. Today I remain very much the same way, although some things have changed. My need for concrete answers has softened, blended to a point where I no longer see any notion or idea as a concrete or complete truth. I tend to think there is at least a little truth to anything and any truth is molded and shaped by the perspective of the person learning about it. What does remain a constant for me is my yearning to make meaning of the universe and my experiences within it. I am increasingly fascinated with what I’ve come to understand and define for myself as healing forces, or what others may call spiritual values. These are intangible notions. The most frequently mentioned during group discussions are: connection, authenticity, intuition, inner peace, love, understanding, purpose, wisdom, patience, and faith. When these forces are infused with a person’s ’s intention and focus, I believe that person can evolve in a healing manner.

It is not uncommon for a new group member to want answers. They may understandably want guidance; to seek to know what I, the facilitator, think of spirituality. I have come to believe that it is fortunate that I can’t define it for them. A consistent principle through different cultures, religions, and areas of belief is the belief that the ongoing journey of spiritual discovery, itself, is of the utmost importance. Institutions and theorists seem to embrace the idea of a quest for meaning as a spiritual practice. Scientist Albert Einstein, who often voiced excitement about the connection between science and spirituality, said, “The important thing is not to stop questioning. Curiosity has its own reasons for existing. One cannot help but be in awe when he contemplates the mysteries of eternity, of life, of the marvelous structure of the reality”.

Many writers, prophets, helpers and healers have attempted to describe spirituality. Their descriptions offer varied guidelines about what it means for them. Navajo perspective, for example, perceives that all things in the universe are interconnected. If one is leading a peaceful and harmonious life, which acknowledges and respects this interconnection, they are seen as living a spiritual life. Elizabeth Lesser, author, co-founder, and senior adviser of Omega Institute, the largest adult education center in the United States focusing on health, wellness, spirituality and creativity, describes spirituality as “a brave search for the truth about existence, fearlessly peering into the mysterious nature of life.” Alcoholics Anonymous describes the spiritual journey in their literature as “self-searching [and] the means by which we bring new vision, action and grace to bear upon the dark and negative sides of our natures.” Their vision of a spiritual awakening is expressed as follows: : “When a man or woman has a spiritual awakening, the most important meaning of it is that he has now become able to do, feel and believe that which he could not do before on his unaided strength and resources alone.” (Alcoholics Anonymous, 12 & 12).

Below, I offer some of the most vital lessons I and others in my groups have learned from many voices over the years. As you read, keep in mind that many of these lessons are learned in hindsight. People often note the difficulty of understanding or making meaning out of a situation until time—often many years—has passed.

1) Individual can learn from their pain in a way that they may become grateful to have gone through the suffering of it.  Their new awareness can develop after they emerge from an existential crisis — a period of darkness or loss in their lives when some or all meaning seems lost. This state of pain has been called the “dark night of the soul” in Transpersonal Psychology. I’ve heard many accounts of people coming to realize that life’s painful times always bring opportunities for evolution, growth, and even joy. A person comes to understand the purpose for their pain. Some people speak of learning this lesson so many times that they have eventually learned to trust the experience of pain. The spiritual atheist may regard this kind of knowledge or insight as healthy hindsight or, in other words, as a kind of intentional change in perspective intended for healing. The same knowledge may be viewed by others as a loving and healing energy, as a spiritual opportunity, or something akin to fate. R.D. Laing, existential psychiatrist and author, discusses the different potentials of such a crisis, stating: “Madness need not be all breakdown. It may also be a breakthrough. It is potential liberation and renewal as well as enslavement and existential death.” Leonard Cohen, poet and musician, describes his spiritual perception of troubling times, complexity and despair in his song, “Anthem”: “There is a crack in everything/That’s how the light gets in.”

2) There is a time for this and for that. There is a lot to be said for honoring the stage you are in. Though people often want to rush through their stages, many come to recognize that the feelings will keep cycling around them until they are endured.

“A time to build up/A time to break down. A time to dance/A time to mourn. A time to cast away stones/A time to gather stones together.” (Ecclesiastes chapter 3, perhaps also recognized from a song from Pete Seeger or The Byrds in 1965.)

People recognize, again in retrospect, that they needed to go through their pain or their denial, their numbness or their periods of creative energy, perhaps even what can be called mania. I often reflect on the words of a wise friend, “You can’t go around it, you gotta go through it.” “It” meaning the grief or the elation or the anger or perhaps the seemingly meaningless stillness, boredom and quiet. People talk about learning to honor these moments and spaces of time. They talk about learning to let others have their time for these spaces as well, whether the harsh, unnerving white water of crisis, or the loneliness of the deep crevices and caves of one’s darkness. From being n those places where one feels truly stuck come awareness and change that is of great value. 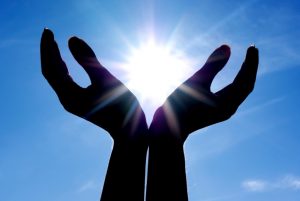 3) Connection with others heals and brings purpose. Time and time again, people speak of their lives changing for the better when they find a community of people they can be themselves with and in which they are accepted and understood. In order to connect, there is a requirement of balanced vulnerability within oneself. Connection without vulnerability tends to be superficial, thus, so are the benefits of the connection. Yet connection with an over-abundance of vulnerability likely will make a relationship one-sided, with one person emotionally purging while the other makes their exit plan. Knowing we are all in this complicated, heartbreaking yet beautiful life together brings a feeling of love and serenity to those who are open to feeling it. Nothing is as grounding as hearing someone saying, “Me too. I have been there”. Nothing brings meaning into your life as when you can offer someone the same: “Me too. I have been there.”

4) Discovering and specifying your intentions, and honoring them, is spirituality in action. Statements of intention are often played out through practices, or cultural or religious tradition, or in other individual ways that vary from person to person. Deepak Chopra, M.D., a pioneer in the field of integrative medicine and spiritual growth, discusses the importance of intention:

“An intention is a directed impulse of consciousness that contains the seed form of that which you aim to create. Like real seeds, intentions can’t grow if you hold on to them.” (Chopra.com)

In other words, you’ve got to honor your intentions. They can’t just sit around and clumsily float around your mind. Making thoughtful statements of intention is considered by many to be spiritual action-taking. Examples of intention-setting routines that I often hear in spiritual circles include daily meditation or prayer; or taking time to connect with a power greater than yourself, if that’s your belief. I hear often of people using time to write out, chant, or mediate on daily mantras, words or sentences used to focus or meditate on an intention. For example, one may choose to focus on something as simple as meditating on the phrase, “Breathe out fear, breathe in love.” Some perhaps recite a prayer, poem, or statement that illustrates their hope for themselves for the day. Others may have put effort into creating a vision board, a piece of art involving symbols of intention, or maybe have even gotten a tattoo as a permanent reminder of something they want to focus on and bring awareness to daily.

These are some of the insights I’ve heard consistently through time and have become particularly drawn to. The ideas may, of course, have caught my attention because I myself have also benefited from them. And now I’d like to ask the readers of this blog: What have been your greatest spiritual lessons?

The Year 2016 and Some Implications for the Mental Health Field 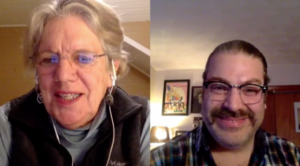