There are literally millions of articles on the web about yoga and its benefits. These include increased well-being and self-esteem, improved physical health and sleep, less stress, and eventually being able to manipulate the physical world with your mind. Okay, maybe that last one is more of a personal goal. But the point is, it’s all been written about to such an extent that, to many, yoga now seems like eating your vegetables and flossing: something everyone agrees should be done but which makes people roll their eyes when you urge them to do it. That’s because people like me tend to make it seem either spacey and weird, or like a boring daily chore.

I want to take a different path and talk about the real-world benefits yoga has given me. Not benefits such as “I can stand on my head on a mat in a hot room that smells slightly of urine,” but rather, benefits that actually help you interact with the universe and/or other humans.

Yoga has helped me deal with many crises — or more accurately, what should be termed “mini-crises” — that I would most likely otherwise have made into much bigger issues (i.e., the aforementioned crises) if I hadn’t been able to approach them with balance.

In the past I was what one would call “reactive,” and would fire back at people when I felt I was wronged or disrespected, or would freak out if anything unanticipated got in my way. Basically I would overact to the daily personal situations we all encounter. This often left me feeling ashamed, or even just angrier than I was over the original incident (Road Rage, anyone?).

One of the yogic concepts I “hold” dear is that one never “holds” a yoga pose; rather, one is always flowing into it. This basically means that “the only constant is change,” and for someone who is prone to rigid thinking (see above traffic jam example), practicing flexibility and flow is the perfect antidote. It has helped me both personally and professionally deal with my attraction to the novel. In the past, my rigid thinking would cause me to truncate my options and dismiss new situations before I actually, you know, tried things. I would make up my mind and wouldn’t let anything, not even direct experiential evidence, sway me. In yoga, I learned there is comfort and joy in relaxing into new positions and situations, and that you learn a great deal about yourself when doing so.

This is the birthplace of growth and creativity and joy, I’ve found, and this is what we get by giving ourselves over to novel situations in an authentic way. Early in my yoga career I loved, then struggled with, the pose Warrior One. I found that because it was a pose, I had early “success” when I rigidly held myself to a pattern of hitting it “perfectly.” But when I started struggling with balance in the pose, a teacher told me it was due to arching my back and sticking my ribs out. Basically, I was holding Warrior One with a puffed-out chest. My pride in “holding” the pose was leading to imbalance and frustration. The same thing would happen in life situations. Rigidity would lead to inauthenticity and a feeling of repetitiveness and perfectionistic thinking and voilà, life stinks. Yoga taught me that for life to not stink I just have to relax into things. Then I can make a true assessment of the stinkiness of myself and/or the situation and act from a place of reality rather than from inaccurate, rigid thoughts.

The last thing I can’t deny is that yoga is the first, and only, thing I’ve even been able to do that 1) is enjoyable 2) is something I look forward to 3) is always interesting 4) for which I get to wear funky clothes and 5) still qualifies as physical exercise! Growing up in a sports-mad house and community, everything I did physically was either a game or preparation for a game.

As I got older and didn’t become a professional athlete, the frequency of games lessened and I tended to turn toward what I had otherwise known as exercise, which basically meant weight-lifting and running. As to the latter, while I tried to jog for health, I have two things working against me. First, my body is not built for long distances. It’s thick and logy and runs hot. Like lava. Secondly, due to the sports I grew up loving (basketball, baseball and football), running will forever be encoded in my brain as punishment. In those sports, a mistake in practice meant one thing:  laps. I can therefore never enjoy running, and I consider marathoning to be a form of protracted suicide.

So running is out, and speaking of the aforementioned thickness of my body, I knew weightlifting would be an exercise in adding more thickness and tension.. In the past, while it increased strength it also resulted in a stiffer, thicker, more tensed physical body. What I learned is that I needed to increase flexibility and calmness. When I began doing yoga, I literally said things like “I can’t believe this is even exercise.” As I started to care about progressing in my practice, I started going to more classes. As my body began to change, my brain said, “How about cutting out the Cokes and large Italians every afternoon?” And before I knew it, I was eating a much better diet.

However the most important reason I was able to stick with yoga, and also the main reason I used to abandon every other form of exercise, was that it wasn’t about personal appearance! It was about how I felt! After my first yoga class I remember giggling during Shavasana (the final resting pose, a.k.a. Corpse Pose) over how good I felt. I can still remember the chorus to the song that was playing: We shine like diamonds in the sun….I didn’t care that I was the fattest dude in the room. Actually, I was the only dude in the room (and was about 300 lbs) — but I didn’t care!

After establishing some yogic consistency I began to reflect on all those times in the past when I would get flashes of motivation and go nuts with going to the gym for a week or two, or fire up P90x for a few days, and then be disappointed that my appearance hadn’t changed. I’d also be stressed-out and worn-out from killing myself for a week (out of the blue, with no prep). This left me feeling that if personal appearance was the goal of exercise, and if the path to that was to absolutely kill myself consistently with egregious exercise that left me questioning existence, I would never achieve anything. I’d then say “screw this” and retreat into a world governed by The Simpsons and cheese curls.

Yoga was the only physical activity during which I discovered I was after a feeling —  I’m hooked on a feeling! I’m high on believing! — a felt connection with my mind and body. A felt connection with myself and the universe and others. The funny thing was that this resulted in a complete bodily transformation. Appearance, flexibility, functioning, strength. The whole pupusa! I felt kinda bad, as if I’d tricked my body into bending to the will of my mind but that is kinda the goal too!

If you struggle with exercise or well-being in general and other forms of physical activity have left you unsatisfied, I highly recommend trying yoga. It is also a valuable addendum to other physical regimens, such as weight lifting or running, as yoga touches your body in different ways. In the end, yoga is a highly personal and exciting path to take, and I hope this account of my experiences has given you one example of how it works.

The Year 2016 and Some Implications for the Mental Health Field

The Ten Reasons Not To Change 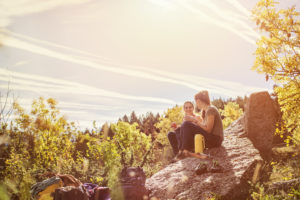 The Integrative Road to Recovery: The Changing Landscape of Mental Health 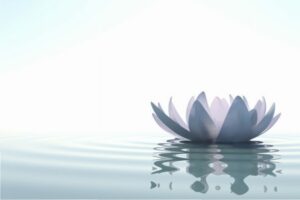 Mindfulness: A Simple and Approachable Guide To Getting Started